Why soundproofing measures are often disappointing? 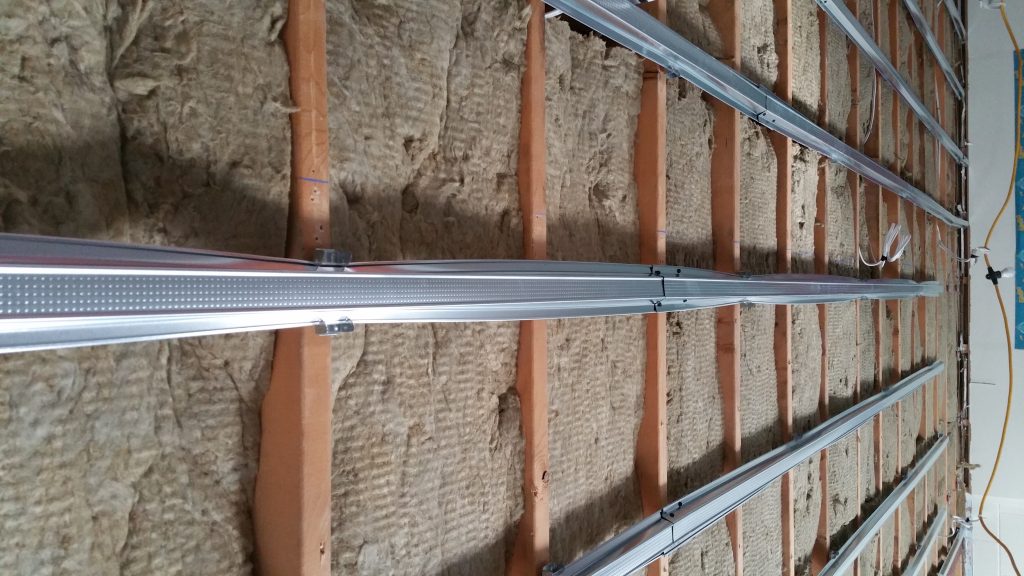 There are many reasons why soundproofing fails to provide the expected relief from noise. Here are the two main reasons:

I will address in this article the issue of flanking noise paths in side-by-side residencies, such as in semi-detached houses or townhouses.

Canadian National Research Council (NRC) document RR-331 lists many common building assemblies and explores contributions of different noise paths to combined noise transfer between adjacent residencies. There are situations where flanking paths transfer almost as much noise as the direct path through the partition wall. Hence, in such situation it is pointless to increase sound attenuation of the direct path, without addressing the noise transfer of the dominant flanking path. In this article I will describe an example.

Common construction practice in side-by side residential homes is to place floor and ceiling joists over the party walls that separate the dwellings. Space between joists is often open, especially in older homes (see Fig. 1). In newer homes the space between joists is filled with drywall (Fig. 2 ).  In either case, noise can transfer between inadequately sealed joist spaces, unless the openings are properly sealed and caulked with acoustic sealant. Even if the openings between joists  are properly sealed, noise is being transferred by joists and by sub-floor from one dwelling into another.  As an illustration, I will describe an example from the NRC document RR-331.  Fig. 3  below illustrates a load baring party wall (top part of the figure, side view) that supports floor and ceiling joists.  Bottom part of the picture shows plan view of the partition wall abutting a side wall that encloses the dwelling.

I need to point out few things.  The party wall is built with two rows of studs and one layer of drywall on each side. Walls and ceiling cavities are filled with insulation.  This gives direct noise transfer path through the partition wall of  STC 55.

Floor consists of a layer of OSB board continuous over the party wall. This feature creates the worst flanking path through Junction 1, with only STC 47. The combined STC (also called ASTC) for all junctions including direct path is only 46, failing the new Canadian National Building Code requirement of ASTC 47.

It does not matter how much insulation is added to the party wall direct path, the resulting STC will never be better than 47, unless the floor to floor (Junction 1) noise transfer is improved as shown in Fig. 4 below..

The only way to reduce noise transfer through floor to floor junction in remedial situation is by adding additional layers of flooring.  This is shown in an example also taken from RR-331, Fig. 4.  The floor on both sides of the party wall is built at follows:

This structure increases the Junction 1 flanking path to STC 61 and the combined overall ASTC to 53.

I should note that this problem could have been inexpensively avoided, if in the initial construction, the floor between the two parts of the double wall was interrupted.  A saw cut is sufficient.  This may create structural problem, but that too can be solved during construction.