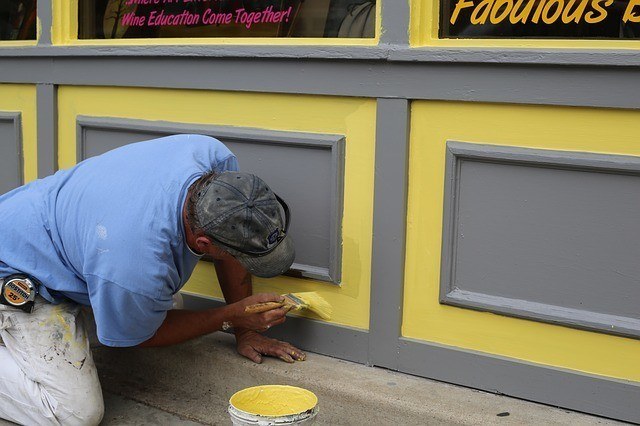 I was called by a client to review a nearly completed construction project for a family counselling practice. The facilities consisted of a reception area, and three adjacent counselling rooms that required office privacy. The client's building contractor has seemingly followed appropriate office soundproofing methods in order to meet the stated objective of ensuring office privacy of conversation in the counselling rooms.

The space for these facilities was under construction during my visit, but it was essentially completed. The client explained to me that office partitions were constructed as double walls with steel studs. The separation between wall sections was about 1.5 inches; the separation was filled with semi rigid white styrofoam insulation boards. The cavity between studs on both sides was filled with S﻿﻿afe ‘n So﻿﻿und Rockwool insulation. The exposed sides of the partition were composed of one layer of drywall and one layer of QuietRock panels. The client  expected that this should provide sufficient office privacy.

These walls extended from the floor to a suspended acoustic ceiling. The plenum space above the ceiling was about 4 feet high and opened over all rooms. This space contained air ducts and served as an air return for all rooms. The suspended ceiling encompassed air registers and lights.

All doors appeared to be standard interior hollow slab doors in steel frames.

The client had complained that normal speech can be heard between rooms.  He was very disappointed with the office soundproofing. There was a problem despite the contractor's solution of building double walls with drywall and QuietRock panels on each side.

It was immediately obvious that the newly constructed walls had adequate sound attenuation properties, despite a construction error that impaired the wall acoustic performance. The Styrofoam insulation placed in the space between the two sides of the wall was unnecessary. Rather than helping, it made the structure worse because it created mechanical coupling between two parts of the wall.

Furthermore, no provision was made to reduce sound transmission through air ducts located in the ceiling plenum and connecting all rooms. Even more egregiously, each room had a clear opening into the plenum space serving as an air return.

All doors leading to the counselling rooms were standard lightweight hollow doors in steel frames. This type of door provides only minimal sound attenuation and is unsuitable for the intended application in office soundproofing.

What is the remedy?

To remedy the situation described above, modifications must be made to soundproof the ceiling, air vents, air returns and doors. This can be done in two ways: either demolishing and rebuilding the critical components, or applying remedial measures. Both approaches at this point in the project will be expensive and time consuming.

To request a consulting quote in the Toronto area from author of this blog, please click the button below.

I always appreciate your feedback.  Please use the form below to submit your comments.